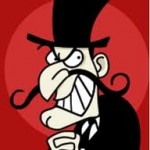 The study which used  four years of data from 2008 through June 2012. The NICB showed the large number of fake PIP Auto Insurance claims were abviously influenced by “organized group/ring activity”.  When fake PIP Auto Insurance Claims are influenced by an organized group, everyone have their hands out.  Dishonest Lawyers, Doctors, Insurance Agents and medical clinics seem to be part of the group.  Of the top 5 states that have the most numbers of OGA Organized Group Activity Claims, three of them require no-fault PIP coverage. The five states that have the highest numbers of such claims are as follows: Florida (3,600 claims); California (2,700); Michigan (1,100); Texas (1,000); and New York (800). Among those states, New York, Michigan and Florida require their drivers to have PIP auto insurance coverage at different levels. Texas too has PIP auto insurance coverage but policyholders can opt-out from the coverage.  Four out of the five cities identified also by NICB to have the most numbers of OGA claims belong to states that requires PIP auto insurance coverage. The top 5 cities with highest number of OGA claims are as follows: (Los Angeles (760); New York City (600); Miami (600); Detroit (550); and Tampa (550).

Criminals who are taking advantage of the generous no-fault insurance and PIP auto insurance coverage staged accidents, forged and medical and treatment records, and among other things just to defraud the industry. The state of Florida and New York had been making some efforts to combat the fraud. Last year, Florida instituted a couple of changes to their PIP system, while New York City just recently convened prosecutors and councilman to discuss how they can effectively address the problem.

Post Date January 28, 2013 – A driver from Ohio who was recently caught on camera driving her car on the sidewalk.  Although under normal circumstances driving on the side would be considered foolish; in this situation the driver was an idiot.  In fact, the Ohio Drivers license was suspended for a particular stupid driving… END_OF_DOCUMENT_TOKEN_TO_BE_REPLACED

Post Date January 27, 2012 – Law enforcement all over the United States are dealing with the issue issue of unlicensed insurance agents and websites selling insurance products. Sadly; this is a subject which I have Blogged about time and time again.  Florida is the latest state to come down hard on the unlicensed insurance charlatans. Florida… END_OF_DOCUMENT_TOKEN_TO_BE_REPLACED

Post Date January 17, 2013 –  NJ Car Insurance customers state-wide will be seeing changes in the (PIP) Personal Injury Projection rules that govern their NJ Car insurance as the year 2013 begins.  As I published  in an earlier blog post, there have been many changes in car insurance rules through out the United States… END_OF_DOCUMENT_TOKEN_TO_BE_REPLACED