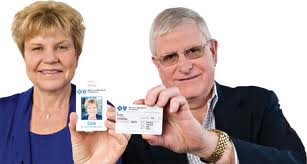 The increased number of consumer-direct health plans (CDHPs) has lead to a sharp reduction in the percentage of claims. CDHPs registered 14 percent growth this year alone which is a mere two-thirds of the rates witnessed in 2010.  A study which was conducted by United Benefit Advisors (UBA) reported that CDHPs have more elaborate coverage for employees when compared to Health Maintenance Organization plans (HMO) plans. The report also states that the average increment in cost for CDHPs, which is now near 10% was much lower when compared other kinds of coverage.

“This year saw a 2%  increase in savings which is much lower than the average 8.% increase registered in all plans. The fact that these plans are now becoming much more popular has led to the decline in the percentage of savings. Employers have now embarked on offsetting high out-of-pocket costs by making sure they offer employees health saving account (HAS), contributing funds or health reimbursement plans arrangement (HRA).  This year’s average HRA employer contribution was near $ 1,700 for a single employee when compared to $1,500.  Average family contributions rose from near $ 3000.00  in 2010 to $ 3200.00 in 2011 for plans that have contributions for plan types, single employees are supposed to contribute an average of $117 while families are required to give $ 467.