Delaware Drivers: Visit www.insuredirect.com or call Toll-Free (800) 807-0762 to receive an Auto Insurance Quote for you and your family. We represent over 30 insurance providers across the country and offer low rates and instant coverage. 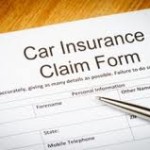 Car insurance claims too exceed a quarter of million claims

Where some had very minor damages like scratches or dents, others suffered great amount of loss in which some cases, there are vehicles that have already been totally wrecked. These vehicles incurred damages not just from flooding but as well as from the debris that were flown away as the said superstorm ravaged the East Coast. Some vehicles that were salvaged post-Sandy had been submerged underwater for a couple days, with many of them rendered inoperable.

Post Date November 19, 2012 – The United States Boat Owner’s Association announced last week more than 70,000 power boats, sail boats and jet ski’s were either damaged or sunk when Hurricane Sandy his the east coast two weeks ago. Hurricane Sandy and the winds it brought to New Jersey, New York and the other states… END_OF_DOCUMENT_TOKEN_TO_BE_REPLACED

Post Date November 11, 2012 – Hurricane Sandy was the most destructive weather event in the northeast over the last 60 years.  The death and destruction from Sandy will be felt for decades.  Law makers in the effected eight states and the District of Columbia recently announced a temporary change in Homeowners Insurance Rules to help… END_OF_DOCUMENT_TOKEN_TO_BE_REPLACED

Post Date November 10, 2012 – It’s been a very difficult few weeks for the residents of the northeast. Aside from the billions of property damage, Hurricane Sandy also killed 119 people. Luckily for the customers of InsureDirect.com, we have had no reports of any deaths.  On the other hand, many of my Pennsylvania, Delaware… END_OF_DOCUMENT_TOKEN_TO_BE_REPLACED

Friday’s Post  4/27/12 –  A New Jersey man pleaded guilty on charges to commit New Jersey auto insurance fraud against a number of New Jersey Car Insurance Companies  robbing them of $2,000,000.00 in insurance fraud claims. Prosecutors charged a Chiropractor on a single count of conspiracy to commit fraud by mail, engaging in a scheme based out of… END_OF_DOCUMENT_TOKEN_TO_BE_REPLACED

Many InsureDirect.com customers throughout Pennsylvania, New Jersey, Delaware and Maryland and parts of Ohio experienced losses from Hurricane Irene. It seems like no one was immune regardless if you lost your car, home, motorcycle or boat to wind or flooding.  My family home I lost its power for four days and many of my neighbors in the Bucks County Area of Pennsylvania experienced severe… END_OF_DOCUMENT_TOKEN_TO_BE_REPLACED

As most of us whom live on the east coast are aware,  last week an unusual earthquake hit the state of Virginia which was felt as far north as Niagara Falls Canada.  The event left many on the east coast engrossed in uncertainty of not knowing when this type of event may strike again and what damage they could incur during the next event.  In addition,  these same residents are… END_OF_DOCUMENT_TOKEN_TO_BE_REPLACED

On Tuesday August 30, 2011,  a strong earthquake rattled the East Coast of the US starting in the State of Virginia. The earthquake was so strong that it could be felt as far as Pennsylvania and inside the corporate offices of InsureDirect.com in Lansdale, PA which is 35 miles northeast of Philadelphia and all the way to Canada. The… END_OF_DOCUMENT_TOKEN_TO_BE_REPLACED

Regardless if your business is located in New Jersey, Pennsylvania, Delaware, Maryland, Ohio or anyplace in the US starting next year in 2012, Insurers and employers will have to clearly state the costs and benefits of the health and insurance plans that they are giving out. The U.S. health officials announced this rule only this Wednesday.… END_OF_DOCUMENT_TOKEN_TO_BE_REPLACED