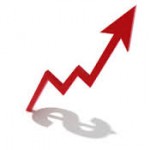 Post Date May 10th, 2013 – New Jersey car insurance rates have already been considered the highest in the entire US. Although many people had seen their rates go down over the last 10 years,  some NJ residents are seeing an increase in their rates.  Sadly, others will see their New Jersey car insurance rates go up in the days and months to come. So why has this happened.  What has changed in the Garden State which has caused New Jersey Car Insurance Companies to suddenly raise their customers monthly payments?

It has been recently learned  approximately 30 New Jersey car insurance carriers have been been given authorization by the New Jersey Department of Banking and Insurance to increase their rates.  Although many of these carriers saw a decrease in their profitablity last year, the government agency which regulates NJ Auto insurance would not approve the increases requested.  The top New Jersey car insurance providers in the state – Allstate, State Farm, and New Jersey Manufacturers Insurance Co. – have all been approved to increase your auto insurance bill.

Allstate, which is the#2  insurer has been approved for nearly a 5% increase. New Jersey Manufacturers will have a similar 5% increase. State Farm Guaranty Insurance Company that provides coverage for high risk drivers has been approved to hike their rates by an average of 7 percent.  In 2011 Allstate Insurance Company had nearly 1 billion dollars in written premiums within New Jersey, while New Jersey Manufacturers had a 100 million dollars less. Many believe that the reason for these increases are the losses incurred from Superstorm Sandy last year which saw a massive auto insurance claims.  Not true. These increases are due to the rising cost of reinsurance. The loss cost from tropical storm Irene  has caused a spike in medical costs.  With the increase, a New Jersey car insurance policy that usually cost around $1,300 may increase to around $1,364.