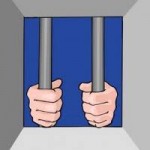 Post Date November 26, 2012 –  John Bencivengo, Mayor of Hamilton Township, New Jersey was convicted on November 22,  2012 in connection with nearly$13,000 in bribes that he solicited in exchange for his influence for a New Jersey Insurance Agent.  The bribe was in connection to the townships group health insurance contract  with the Hamilton Township School District.  U.S. Attorney for the District of New Jersey said the jury handed down a guilty verdict against Bencivengo after a week-long trial which was heard before U.S. District Judge Anne E. Thompson in Trenton.

The charges against Bencivengo resulted in guilty verdicts for two counts of violating the Federal Travel Act, attempted obstruction of commerce by extortion under color of official right and  money laundering.  The  Mayor perpetrated his crimes between the period of May 2011 and July 2011, 2012;  he accepted bribe payments from New Jersey Insurance Agent Marliese Ljuba. In exchange for the bribe, the mayor agreed to use his influence to assist the Ljuba in retaining her as the Hamilton Township School District New Jersey insurance agent.

Bencivengo agreed to speak to a school board member to lobby that Ljuba must be retained as their New Jersey Insurance Agent.   He also agreed that Ljuba will choose the next individual who will replace another school board member if that member will run for the New Jersey Assembly and left the board. Ljuba later turned into a cooperating witness against Bencivengo.  He received the bribe cash in multiple payments.  First through a $5,000 check that the broker passed on to the mayor. The remaining $7,400 was received by the mayor in two cash payments in July 2011. U.S. Attorney Paul J. Fishman credited the Federal Bureau of Investigations for their investigations that led to the ultimate conviction of the New Jersey Mayor.