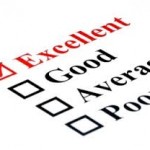 Post Date  April 13, 2013 – The New Jersey Banking and Insurance Commission just praised the mortgage lending community in the state New Jersey.   The Insurance Commission has included community banks, national banks and mortgage service companies. The reason for the high praise is the unusually fast release of  NJ Homeowners insurance proceeds from the banks the homeowners insurance carriers released for storm damage.   The proceeds were for those New Jersey Homeowners whom were affected by Superstorm Sandy that hit the East Coast on late October last year.

The financial institutions which were commended for quickly distributed the NJ  Homeowners Insurance Payments included JP Morgan, Chase, Citi Mortgage, Bank of America, and Wells Fargo.  The banks paid out over $600 million in NJ Homeowners insurance claims received from both Homeowner and Auto Insurance Companies. The  claim payouts covered  approximately 80 percent of the covered NJ Homeowners Insurance claims damage in the state.  One of the biggest NJ homeowners insurance policy concerns was the mortgage companies would be slow in paying out proceeds directly.  In the situation where a home is mortgaged through a Bank or any other lending institution, The NJ Homeowners Insurance Company would be required to issue the claims payment check in two names.  Of course the check would be issued to the homeowner and would need to be endorsed by the bank which funded the loan.  Since this was the case throughout the state of New Jersey, homeowners insurance claims checks being issued jointly to the policyholder and the policyholder’s bank.  The concern was any jointly issued checks sent to the mortgage companies would take even longer to find it’s way to the insured to pay damage.  Even in this case, payments were received in a reasonable amount of time.