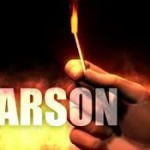 Post Date December 14, 2012 –  Ohio Insurance Agents have identified Arson as being involved in 1 of every 5 insurance fires in the state of Ohio in 2011. This means that 20% of fires in the Buckeye State is caused by people who intentionally sets fire to a property. Firefighters have reported to the Ohio State Fire Marshal that there were over 8,000 cases of arson out of the 41,000 fires in 2012. Sadly;  the high percentage of arson fires is considered by state authorities to be the highest since 1987.  In addition to this, Ohio’s arson cases make more than two thirds of the state’s fire fatalities last year. Data from the Ohio State Fire Marshal’s Office shows nearly 130 fire deaths, 86 of these were attributed by arson incidents. Additional data from Ohio Insurance Agents showed that such percentage is extremely high compared to only 12 percent of fire deaths 10 years ago.

Ohio Insurance Agents Identify Arson and those whom responsible

According to Ohio Insurance Agents and fire experts, common causes of arson fire start from those people unaware of what they are doing, or get entangled with domestic disputes that can result to property damages.  Ohio insurance agents see poor economic times have made some people intentionally set their properties on-fire so to collect money from their Ohio Insurance Agents policies. Homeowners are protected from arson-related damages by their homeowners insurance policies provided that they are not the one who intentionally set fire to there home.