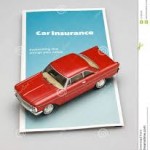 Post Date November 18, 2013 – Do you have a gap in your Oregon auto insurance? Is it due to a legitimate reason? Maybe you found yourself being asked to pay a much higher premium at the time of renewal. A consumer advocate from the Oregon Insurance Department is pointing to just this reason.

Oregon Auto Insurance Lapses in coverage should be addresses immediately

It has been known recently that a number of Oregon Auto Insurance carriers are penalizing their policyholders for the so-called lapses in their coverage history even if such drivers have legitimate reasons. This issue has many Oregon auto insurance consumers stating this is a practice being used in the state. In Oregon, most of the common legitimate reasons why policyholders will experience a lapse in their coverage are the following:
• They have been deployed for work overseas or did not have the need to drive;
• They have sold their vehicle and evidently have stopped driving;
• They went to school or college and did not have a need to drive a car;
• Or they are just using alternative transportation means instead of driving their own vehicle. According to an Oregon consumer advocate in the Oregon Insurance Department, some auto insurers are charging higher premiums to policyholders who had a lapse in their coverage history as they see drivers operating without Oregon Auto Insurance to be less responsible as opposed to those who maintain their policy without any lapses in Oregon Auto Insurance Coverage.  Some consumers did stop paying their bills due to legitimate reasons such as not having the need to drive.

The Oregon Insurance Department is aimed at informing the public that they can’t be penalized by their Oregon Auto Insurance Company for the above-mentioned reasons. According to consumer advocates the most egregious example they had encountered are military servicemen and women who found themselves being charged for a higher premium when they purchased an Oregon Auto insurance policy after returning home from overseas.
Consumer advocates advise serviceman and women if they encounter such situation with their Oregon auto insurance, contact the Oregon Insurance Department for Help. You can also call the offices of InsureDirect.com and their agents will make exceptions for serviceman or service women.