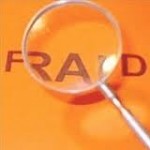 David Morgan was sentenced  to 21 months in prison and to pay nearly one million five hundred thousand dollars.  Morgan pleaded guilty to one count of auto accident insurance fraud in July 2012. When the accused is released from prison, he will also serve 36 months of supervised probation.

The police learned that the accident was intentionally staged and both Morgan and his wife were not in the truck nor were they passengers the car at the time of supposed collision. Both claiming to have been injured submitted false auto accident insurance claims that included personal injuries claims and disability.

Prosecutors in New York say that the Morgan’s saw numerous doctors for medical treatments for injuries they did not have.  They also filed  lawsuits to recovery financial compensation for their pain and suffering.  The two settled the law suit with the auto insurance company for a one time payment of $30,000. The police and the fraud investigation unit of the insurance company were able to crack the auto accident insurance fraud scheme through a joint effort with the assistance of the NY Department of Financial Services, Internal Revenue Service and the FBI.