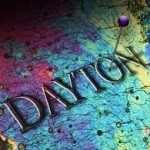 Ohio Insurance Institute spokeswoman said that Ohio’s low premiums are not only a result of a competitive market but a combination of such and a friendly auto and home insurance bundle insurance regulatory environment.

Even with the lowest homeowners and auto insurance premiums being enjoyed in Ohio, or consumers to regularly review their auto and homeowners insurance coverage to ensure that they are having the “best policy at the best price to meet their needs.”

In 2006, Ohio was the sixth state entered by InsureDirect.com and marketed its auto and homeowners insurance. InsureDirect.com, a licensed insurance agent in the state represents the top 30 auto insurance and homeowners insurance carriers in the country giving Ohioans a large selection of carriers to choose from to give them the best priced policy and coverage. If you want to compare your current rates or you need to obtained car insurance in a pinch – give us a call at (800) 240-3369.  Press option one.