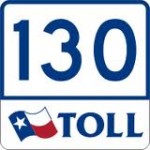 Post Date November 13, 2013 – Driving speeds of 85 to 100 miles per hours on america’s highways is nothing new. I remember when I was in the United States Air Force stationed in San Antonio, my friends and I would would drive to Mexico at least twice a month.  The speed limit on the open roads in the deep southern portions of the state were marked with a Speed Limit Sign stating  “WITH IN REASON” .  Now keep in mid this was  30 years ago in 1982. Texas changed these speed limit laws toward the end of that decade. I’m confident the amount of serious accidents and auto insurance claims associated with them was higher.   Texas has just completed a new highway which will allow motorists to travel at a high rate of speed between two highly traveled cities in the state. In fact; Texas will permit a speed limit which is 30 Miles Per Hour higher than the national highway speed of 55 MPH.  Of course any time your have cars traveling at a high rate of speed, auto insurance claims will follow.

The State of Texas‘s Highway 130 is highest speed limit in the entire United States.  The highway is 41 miles long with will decongest the high amount of traffic around Austin, Texas.  Along with the higher speed limits, drivers will go faster and there is a bigger chance for more people to die. Of course this will result in more auto insurance claims will be filed. By setting the highway’s speed limit at 85 mph will have motorist going over 90 mph.  Texas drivers are used to driving above speed limits, going 80 mph on highways with 75 or 80 mph limits is not uncommon. The National Highway Traffic Safety Administration (NHTSA) that showed many motorists using limited access highways going over the speed limit. Statistics show a higher accident rate and auto insurance claims on these roadways.  It’s important to point out going over a highway’s speed limit does not mean a driver is at a greater risk for accident. The truth is getting  caught for speeding  happens a lot more often. A citation will impact the cost of your auto insurance policy.