Combined, payout for homeowners and auto insurance claims will will be in the Billions. 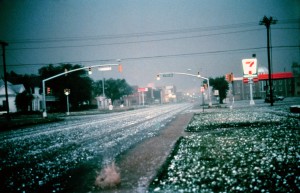 As a tip to drivers whom maintain auto insurance, keep receipts from short-term repairs as if the damage exceeds your deductible, you may be reimbursed by your auto insurance carrier.  While drivers are waiting for a auto insurance claims adjuster to cover broken windows in their vehicle and also to remove glass fragments from the vehicle’s interior – you should only driver your car as long as it is safe to do so. Your policy will not cover additional damage you incur. Our recent weather is a combination of strong winds and varying temperature that resulted to hailstorms. These widespread weather conditions have hit out most populated  U.S. Regions. Reports coming from throughout the U.S.  indicated that hail were as large as baseballs or tennis balls.

Data from the National Weather Service revealed that the recent hailstorms in Maryland were the third-largest to have hit the state since 1950. Aside from home and car damages in, the hail also injured a number of people and had damaged a school which officials believe will be closed for the first month of the 2014-2015 school year.

In addition, the Insurance departments throughout the U.S. warn both auto insurance and home insurance  consumers about suspicious phone calls that will promise to do claims-related work but will require an immediate cash payment, as these calls are probably coming from people who would just like to take advantage of the situation.