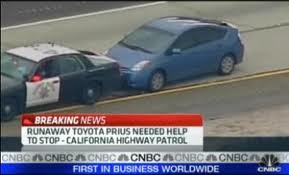 Earlier this year I posted a Blog Entry regarding the hurculen amount of money US auto insurance carriers have been forced to pay-out in accident claims as a result of automobile manufactureres defects and recalls. Due to rising numbers of claims caused by unintentional acceleration of Toyota vehicles,  seven  car insurance carriers have followed Allstate Insurance Co (Whom we represent) in suing Toyota Motor Corp. A lawsuit has been opened initiated by these insurers to account for rising number of claims caused by Toyota cars spinning out of control.

In line with this flaw, Toyota’s reputation of providing quality vehicles has severely been affected through federal regulators, congressional hearings and worldwide recalls. Since 2000, Toyota’s Luxury Car, Lexus, has caused 89 deaths due to crashes caused by sudden and unintentional acceleration, according to the National Highway Traffic Safety Board. Consumer Fraud, Personal Injury and Wrongful Death Claims all add up to the $10 billion liability costs Toyota is facing as a result of the acceleration issue.

Last week, the latest lawsuit has been filed in Los Angeles County Superior Court, claiming that Toyota was aware of the problem and yet ignored and hid the defect that caused the sudden increase of power in the engines which usually resulted in it going out of control. In addition, Toyota also failed to install brake-override systems that could have prevented accidents. The seven companies leading the law suits are: American Hardware Mutual Insurance Co., Motorists Mutual Insurance Co., IDS Property Casualty Insurance Co., Ameriprise Insurance Co., National Surety Corp., Fireman’s Fund Insurance Co., and American Automobile Insurance Co.,

The suits have resulted in three separate filings that have finally persuaded Toyota to pay $10 million to settle cases from a California state trooper and three relatives whose car wreck had triggered the automaker’s recalls in 2009. 5.4 million US vehicles were recalled by Toyota to fix the ill-fitting floor mats that had the potential to jam the accelerator, including the gas pedals that were unable to spring back as desired. Tuesday, Toyota mentioned in a statement that subrogation claims “are common between insurers and automakers”; furthermore that latest lawsuits didn’t influence their decision. The company also insisted that the cause of unintended acceleration is not caused by vehicle-based-defects; and, that they have insufficient proof to find out the exact reason of the crashes.

If you have been the victim of an auto accident because of a Toyota Defect and also is being charged for an at fault accident, you are most likely paying more for your car insurance than you should be.  If you have proof of the accident was caused by a defect, give our agents a call.  We will see what we can do about getting your surcharge lowered to a Not At Fault Accident. In fact, if you have accidents, tickets, violations, suspensions even a DUI or DWI – we can help you save money on your auto insurance.