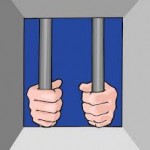 Post Date August 17, 2013 – Admitting that she defrauded New York auto insurance company, a Utica, N.Y. woman is sentenced to 27 months in prison and ordered to pay close to $1, 500,000.00 in financial restitution for the car insurance fraud case. The U.S. Attorney’s Office for the Northern District of New York identified the woman as Cynthia Morgan. She pleaded guilty on August last year that she conspired with her husband, David Morgan, along with three other people to commit mail and health care fraud seven years ago. The car insurance fraud case scheme involved staging a vehicular accident in Harbor Lock Road in Utica on March 20, 2006.

Morgan claimed that she was injured when the van she was driving was struck by a truck driven by Michael Matrulli.  The van-truck collision did not happen and Morgan did not have any injuries.  The fake accident was planned and the car insurance fraud case involved her claiming to be injured and submitted false car insurance claims.  Aside from those no-fault benefits, she also filed a law suit for personal injury and permanent disability benefits.   She sought medical treatment for injuries that were non-existent or injuries that was not due to a car insurance incident.  Those medical benefits were paid  by Morgan’s Auto Insurance Company, Progressive Insurance Company. Morgan was also able to collect $108,000 in disability payments, and $30,000 from a settlement after she filed as a civil case to seek damages for what she claimed as personal injuries that were sustained due to the collision incident. InsureDirect.com has represented Progressive Insurance Company for nearly 21 years.  They are a superior car insurance carrier with some of the best rates on car insurance, motorcycle insurance, boat insurance and truck insurance.

When Morgan finishes up 27 months sentence, she will be placed under three years of supervision following her release.

Post Date November 19, 2012 – The United States Boat Owner’s Association announced last week more than 70,000 power boats, sail boats and jet ski’s were either damaged or sunk when Hurricane Sandy his the east coast two weeks ago. Hurricane Sandy and the winds it brought to New Jersey, New York and the other states… END_OF_DOCUMENT_TOKEN_TO_BE_REPLACED

Post Date November 16, 2012 – Here we go again!  Once again a thieving auto insurance agent which makes me sick.  With all the new auto insurance new auto insurance websites on the world wide web, Insurance customers should be concerned where they buy their insurance policies.  Regardless if it’s for homeowners or or any… END_OF_DOCUMENT_TOKEN_TO_BE_REPLACED

Monday’s Post 12/12/11 –  New York Insurance Association (NYIA) has elected Jeffrey Rice, the president and CEO of Wayne Cooperative Insurance Company in Clyde, N.Y., to be the new chairman. He will be serving for just one year, beginning in January of 2012.  For the last five years, Rice has been a member of the association’s board… END_OF_DOCUMENT_TOKEN_TO_BE_REPLACED

Pennsylvanians have reason to celebrate during this Holiday Season because auto insurance premiums are expected to go down by 1.3 percent. Starting December 26, policyholders are expected to save $16.5 million annually in the Keystone State. The move is eagerly awaited by policyholders who expect they will pay less for their monthly payments. The same reduction had been made in the previous… END_OF_DOCUMENT_TOKEN_TO_BE_REPLACED

Three forums are set to be held in August by the Pennsylvania Insurance Department in a bid to get public opinion on health insurance exchanges. Different locations have been set across the state where the forums will take place. The first one slated for Aug 9 at the Doubletree Hotel Pittsburgh Monroeville Convention Center in downtown Monroeville, Pa. This… END_OF_DOCUMENT_TOKEN_TO_BE_REPLACED

The Insurance Service Office of  Florida’sInsurance Industry has created new Protection Class Homeowners Ratings for  those high risk counties in the state of Florida.  The Florida Insurance Rating Agency which provides the state’s Insurance Carriers with vital claims statistics, underwriting and actuarial data for setting  an insurance company’s policy rates, has made it difficult for those rural Florida residents to acquire Homeowners Insurance Coverage.… END_OF_DOCUMENT_TOKEN_TO_BE_REPLACED

Many InsureDirect.com customers throughout Pennsylvania, New Jersey, Delaware and Maryland and parts of Ohio experienced losses from Hurricane Irene. It seems like no one was immune regardless if you lost your car, home, motorcycle or boat to wind or flooding.  My family home I lost its power for four days and many of my neighbors in the Bucks County Area of Pennsylvania experienced severe… END_OF_DOCUMENT_TOKEN_TO_BE_REPLACED

As many of us are aware; purchasing insurance is required to participate in a number of activities.  If you want to own and drive a car you must purchase auto insurance.  The same is true if you own a Motorcycle or Watercraft.  If you purchase and maintain a mortgage on a house, you are required by… END_OF_DOCUMENT_TOKEN_TO_BE_REPLACED