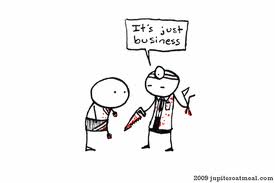 Over 70 percent of medium and large corporations have intentions of  allowing thier employees to enjoy health insurance plans through 2012. This is according to a latest survey conducted by Towers Watson. The survey states that at least 53 percent of the respondents have hopes that the health law reforms, which include the new Act premised on affordable health care and patient protection, will be put into action by January 2014. The new reforms will require individuals to purchase coverage while on the other hand companies will be expected to provide the same. Fines will be applicable to those who will be reluctant to follow the stipulated laws. Of course the fines are less than the cost of health care.  If you are in business to make a profit (which most businesses are), why would you choose to pay for an employees health insurance coverage when paying a small fine in more lucrative. At least half of the employees have expressed their expectations, whereby they are seeking to prompt the excise tax espoused in the reforms. This simply means that majority are bracing themselves to start paying the fines as opposed to providing their employees with the required coverage. On the same vein nearly 90% of the employees have set plans afoot for the implementation of cost control measures in order to be cushioned from the excise tax set in the Federal Health reform.

45% of the respondents have on the other hand decided to set time and strategize on their health care provision in the year 2012. The remaining percentage is not yet clear on how they expect to handle the inevitable state insurance exchanges that are expected in 2014. In a rather unusual stance, 29 percent of the employers have not decided on whether to continue sponsoring the employee or will rather clear the loss incurred by the heath care coverage with a salary increment for the similar value. It is also worthwhile noting that 70 percent of the employers have reservations about health insurance exchanges. They argue that an exchange that allows small businesses have the comparison of prices and get government subsidy may not the best alternative to the type coverage sponsored by the employer. 75 % of the employers still see the huge potential of health benefits in the years ahead.

Employers are now devising new strategies that will see them ready address the situation in the period between 2011 and 2014. Nearly 50% of employers will come up with designs that will add value to coverage, bring down the value of health care benefits for employers who are active. Nearly 60% of them intend to reduce their contributions for worker with low wages as I stated above. It seems that low wage employees are not valued as much as those with higher incomes and more important positions.  An employer is just not going to contribute or pay 100% of a low wage employee since there is no loyalty from the wage earner at that level.