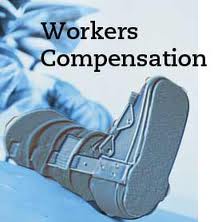 Massachusetts businesses are projected to save nearly $70 Million after an agreement was signed that effectively ensures state workers’ compensation rates would stay at current premium levels until late 2012. Like most businesses in the United States; all businesses operating in the State of Massachusetts are required by state law to buy and maintain workers compensation insurance for all their employees. The coverage pays for lost wages, medical expenses, and compensation for injuries they incur on the job. 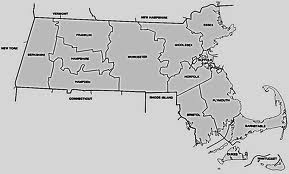 The new agreement guarantees workers compensation rates will remain the same and will not increase before September, 2012.  It appears that representatives from the Workers’ Compensation Rating and Inspecting Bureau (WCRIB), and the Division of Insurance’s State Rating Bureau, and the Attorney General’s Office persuaded WCRIB to stop seeking the nearly 7% increase they have lobbied for the last 24 months. With the current state of the economy in Massachusetts and the US; increases on any business expenses can be harmful.  Many businesses in the US are in a critical cash flow position.

After the meeting, Mass Commissioner Murphy said, “Our goal at the Dept of Insurance is to make sure all insurance rates including Auto Insurance, Homeowners Insurance, Renters Insurance and Workers Compensation Insurance rates are fair, they make whole the subject of the insuring agreement.  This is not the first time the Commissioner of Insurance has saved businesses money by brokering a deal with the WCRIB. Last year, the Commissioner saved businesses an identical amount of money in a similar deal which saw the overall rates come down by 2 1/2 percent. The key point to note in that particular agreement is that WCRIB was aiming to have the overall rates increased by nearly 5% percent. The agreement also did allow WCRIB to file its rates proposals the following year instead of waiting for two years as is the norm. This is an absolute benefit for all businesses in Massachusetts. Knowing what your expenses will be in the future is vital to the success of any business.  This is the reason so many business are having trouble operating recently.  Last year alone, small business and working families were able to save $106 million on health insurance due to the efforts of the administration in that front.  Another key area where the administration has had great success is Auto insurance which it started reform work three years back. To date, these reforms, such as car insurance have enabled drivers in the commonwealth community save hundreds of millions of dollars in Car Insurance Premiums. The state of Massachusetts had a very similar insurance climate as the state of New Jersey.  Over the last few years, InsureDirect.com has sold  thousands of auto insurance policies in New Jersey.  The helpful change in insurance climate in both states will help assist InsureDirect.com bring more low cost insurance products to the northeast.

Recent state workers’ compensation rate  comparison studies carried out by the U.S Department of Consumer and Business Services rank Massachusetts as one of the States with the lowest compensation rates nationwide. The current Patrick-Murray Administration has done a great deal to contribute to this as it has managed to reduce the rates by 20 % percent since it took office. The compensation system which was implemented in 1991 was to focus more on efficiency and return-to-work programs was what the state needed.