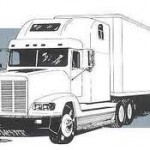 Post Date January 12, 2014 – Business Auto insurance Coverage is very different than Personal Auto Insurance. In the past, Business auto insurance would not cover and family members living in your household.  A recent court ruling states Underinsured Motorist coverage will be provided through a business auto insurance policy to cover a family member’s damages from an automobile accident although the vehicle He/she is riding in is not listed on the policy.

Business auto insurance coverage in a household can now be accessed

This judicial decision was made by a U.S. Appeals Court.  The case was filed in Illinois. The father’s Business Auto Insurance policy was being sought to pay medical insurance coverage for his daughter’s physical injuries from an accident. It involved a car that was not in his business auto insurance policy. U.S. District Court of Appeals for the Seventh Circuit handed down this decision.

The cased stemmed from a accident in Woodbine Township, Illinois on March 2008. Nicole Haight then was a passengers of a Chevrolet Geo Metro who got hurt when the car rolled over and down an embankment. The young girl was thrown from the car. Her injuries from the accident were very serious.

The Business auto insurance company filed for a dismissal on Nicole’s claim based on the grounds that she was not a passenger a covered vehicle in the policy. But Nicole’s lawyers argued that she can be covered  the father’s policy has a clause that says “any family members” of the policyholder can be eligible for UIM Compensation.

The appeals court ruled that since the “covered auto” was not present on the portion of the policy that defines who are entitled to the UIM benefits, the UIM coverage shall extend to both the insured policyholder and his or her family members and shall not require “occupation of a covered auto.”

Post Date March 28, 2013 – A Federal Lawsuit was filed against a  Long Haul Truck Driver  was involved in an deadly collision in January of this year.  As a result of this incident, two women were killed as a result of the supposed negligence. The lawsuit came from the husband of one of the… END_OF_DOCUMENT_TOKEN_TO_BE_REPLACED

Post Date September 2, 2012 – A study conducted by the National Highway Traffic Safety Administration revealed Five Million vehicular accidents occur each year The United States of America. But what is more depressing is the result of a recent survey conducted by the National Association of Insurance Commissioners (NAIC) released in July, showed many… END_OF_DOCUMENT_TOKEN_TO_BE_REPLACED

Post Date August 24, 2012 –  There’s a common misconception among those intending to start a business.  For some reason most people feel Commercial Auto Insurance is more expensive than a standard auto insurance policy.  The truth is commercial auto insurance is cheaper. Regardless of who you are or where you live, everyone needs to send… END_OF_DOCUMENT_TOKEN_TO_BE_REPLACED

Post Date August, 5  2012 –  An owner of a taxi and limousine service based in Newton, New Jersey was indicted for falsely registering and insuring his service vehicles in New Jersey to obtain lower NJ Commercial Auto insurance premiums. The New Jersey Attorney General,  identified the accused as Moustapha Lo, owner of Safe & Fare… END_OF_DOCUMENT_TOKEN_TO_BE_REPLACED

Friday’s Post  4/27/12 –  A New Jersey man pleaded guilty on charges to commit New Jersey auto insurance fraud against a number of New Jersey Car Insurance Companies  robbing them of $2,000,000.00 in insurance fraud claims. Prosecutors charged a Chiropractor on a single count of conspiracy to commit fraud by mail, engaging in a scheme based out of… END_OF_DOCUMENT_TOKEN_TO_BE_REPLACED

Tuesday’s Post 12.20.11 –  On January 1, 2012, Jeff Dailey will become the newest member of the Group Executive Committee of Zürich Financial Services and CEO of Farmers Group, Inc. He will report to Zürich’s CEO,  Martin Senn. Although a promotion of this magnitude would mean a move to Zürich’s Headquarters in Europe, Dailey will continue working from his office in Los Angeles, CA where… END_OF_DOCUMENT_TOKEN_TO_BE_REPLACED

Thursday’s Post  12.15.11 – Although there are thousands of car insurance agents throughout the United States; most are not aware the private auto insurance is the most profitable sector in the US Insurance market.  Revenue from auto insurance coverage remains high, despite the economic downturn and  the natural disasters which have led to major losses for most insurance… END_OF_DOCUMENT_TOKEN_TO_BE_REPLACED