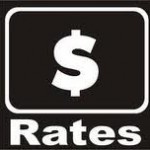 Post Date January 21, 2014 – In one case, just about $100,000  in fines were recovered by the Connecticut Insurance Department (CID) for the state’s insurance buying consumers.  Connecticut auto insurance rates have been the subject of many consumer auto insurance complaints in the third quarter of 2013.

Connecticut Auto Insurance Rates and errors need to be reported

The millions recovered after the Consumer Affairs Unit of the CID attended to around 1,500 complaints and inquiries filed through the summer of 2013.  The CID charged different auto insurance companies a total of $1.1 million in fines.

According to the National Association of Insurance Commissioners (NAIC), late claim payments are the number one most common complaint across the country. Insurance consumers can always turn to their state’s insurance department for help when they feel like their insurance company is breaking the law or that if they are having problems with their insurer.