Auto Insurance Liability insurance covers bodily injury to other people and damage to the property of others caused by your negligence or the negligence of someone driving your car with your permission. A minimum of $20,000 per person and $40,000 per accident for bodily injury liability and $10,000 per accident for property damage liability, is required by law, but drivers are strongly urged to consider higher limits to protect their assets.

Basic reparations or medical payments coverage. This optional coverage replaces formerly mandatory coverage and provides for medical payments, and in some cases, lost wages and funeral expenses if you or a relative living with you are injured or killed in an accident.

Auto Insurance Collision coverage covers damage to your car caused by collision with another vehicle or object or by your car turning over. There is almost always a deductible which you must pay if you repair or replace the car.

Auto Insurance Comprehensive coverage covers damage to your car other than that caused by collision, including theft, vandalism, impact with animals or birds, explosion, flood, falling objects, windstorm and glass breakage. As with collision coverage, there is usually a deductible.

Full glass coverage covers your car’s glass for breakage of safety glass with no deductible for an extra premium. Towing coverage covers the expense of towing your car to a shop. Rental reimbursement pays toward the expense of renting a vehicle if you have a loss covered by either collision or comprehensive coverage and your car is disabled. 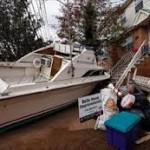 Thursday’s Post 11/17/11 –  Connecticut regulators have agreed with, William Gallagher Associates, a Property & Casualty Insurance Agent based in Massachusetts, to  pay $100,000 in penalties and give back $1.7 million to the Connecticut’s State General Fund. The penalties are part of the settlement between the insurance broker and Connecticut regulators over a case filed by Milford Power Company,… END_OF_DOCUMENT_TOKEN_TO_BE_REPLACED

Many InsureDirect.com customers throughout Pennsylvania, New Jersey, Delaware and Maryland and parts of Ohio experienced losses from Hurricane Irene. It seems like no one was immune regardless if you lost your car, home, motorcycle or boat to wind or flooding.  My family home I lost its power for four days and many of my neighbors in the Bucks County Area of Pennsylvania experienced severe… END_OF_DOCUMENT_TOKEN_TO_BE_REPLACED

On Tuesday August 30, 2011,  a strong earthquake rattled the East Coast of the US starting in the State of Virginia. The earthquake was so strong that it could be felt as far as Pennsylvania and inside the corporate offices of InsureDirect.com in Lansdale, PA which is 35 miles northeast of Philadelphia and all the way to Canada. The… END_OF_DOCUMENT_TOKEN_TO_BE_REPLACED

Visit www.insuredirect.com or call Toll-Free (800) 807-0762 to receive an Auto Insurance Quote for you and your family. END_OF_DOCUMENT_TOKEN_TO_BE_REPLACED

Day in and day out, 365 days a year; drivers all over the United States shop for all types of Insurance coverage. They’re shopping at the time of their auto insurance renewal, when they turn 16, or when they find out their auto insurance is being cancelled. InsureDirect.com is not just licensed to sell many… END_OF_DOCUMENT_TOKEN_TO_BE_REPLACED