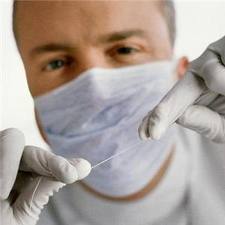 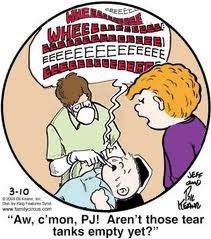 As many of us are aware; purchasing insurance is required to participate in a number of activities.  If you want to own and drive a car you must purchase auto insurance.  The same is true if you own a Motorcycle or Watercraft.  If you purchase and maintain a mortgage on a house, you are required by the bank to maintain homeowners Insurance. Medical Doctor’s and Osteopathic Physicians in the State of Pennsylvania are required by State Law to purchase and annually maintain Medical Malpractice Insurance Coverage. Medical Malpractice Insurance protects a doctor’s assets from the expense of a Malpractice Claim when a Physician makes or patient accuses that physician of making a medical mistake.

A new Dental law in Pennsylvania may require dentists to purchase malpractice insurance according to a bill recently introduced in the PA State House. SB 388 was sponsored by Senator Pat Vance of Cumberland County and received unanimous approval by the senate in June. It was referred to the Insurance Committee for the House of Representatives on June 22, but no further action has been made to the bill due to the General Assembly summer recess.  The bill would require dentists to purchase Malpractice liability insurance that would total $3 million every year. According to the CEO of Pennsylvania Dental Association Insurance Services, Gil Davis, this amount will cost the average PA dentist about $2,400 annually.  Apart from this, the malpractice coverage fee stands the chance of hiked up rates in the southeastern part of Pennsylvania. In Delaware and Montgomery counties, malpractice coverage rates are at an average of $2,700. In Philadelphia, however, the rate is almost at $4,500 per year.

The SB 388 bill states that dentists in Pennsylvania who do not comply or purchase the malpractice insurance stand to lose their practice license. Davis also stated that the average claim for malpractice against dentists is about $20,000 on average. Although the specific number of claims filed per year was not available, Davis also say’s  that $20,000 was not a significant number.

Malpractice insurance can protect dentists from making major losses in case of a malpractice lawsuit, but more statistics for statewide dental malpractice cases are required, particularly for Pennsylvania. This will enable insurance policy regulators in the state to set achievable malpractice insurance rates that will help the average dentist manage their payments every month. There may also be need to regulate the insurance rates across the counties for the sake of affordability and fairness for dentists.  The cost of the malpractice insurance policies in the state, as well as the possibility of it becoming mandatory according to the law, presents an additional challenge for Pennsylvania dentists and their practices. However, Dr. Dennis Charlton, president of the Pennsylvania Dental Association and a practicing dentist in Mercer County, is in full support of the legislation.

My Uncle Alex practiced dentistry for over 40 years.  Both he and his brother whom was also a dentist maintained a Dental office in the lower-income Philadelphia neighborhood of Germantown until the late 1990’s. This was an area of the city where many Doctors and other professionals abandoned their practices/businesses in the late 1960’s for the suburbs of Montgomery and Chester Counties.  Both my Uncle and his brother Harry shared an office with their younger brother Billy, whom was a Medical Podiatrist. All three brothers practiced medicine in that Philadelphia neighborhood where many times a week they gladly provided free or heavily discounted services to those patients (many of them Children) whom could not afford the full price of these services. For many years, they were the only dental practice in the area. They felt a responsibility to their neighborhood and refused to move to a more lucrative area as their colleagues did.

I don’t know if my Uncle carried Dental Malpractice Insurance. One thing I do know, there are far fewer Dental Malpractice Claims filed than Medical Malpractice Claims.  The reason is the amount of the average claim of $20,000.00.  With an amount that low, it does not sound like there is much room for a third-party attorney’s expense of litigating and proving a case. The amount is so low and a claim is so infrequent, most dentists just rectify the problem.  My assumption is many dentist’s  whom practice in these lower-income areas of our Pennsylvania’s cities do not carry Dental Malpractice Coverage.  Although I am speculating, if my Uncle Alex had to pay $4500.00 or more a year for Insurance Coverage, he could certainly not afford to do all the charitable work he did for his patients. In fact, an additional expense like that would most likely force some dentists to move to a more lucrative area.  Further; if he was required to carry Dental Malpractice Insurance Coverage with limits 200 times the amount of the average claim, he would be spending a lot more time in and out of court defending himself against malpractice claims. Meaning, a lot more people will be looking to abuse the system and cashing in on that winning lottery ticket.   Question:  “if the average Dental Malpractice Claim is $20,000.00, why would a dentist need to carry $3,000,000.00 in Dental Malpractice Coverage?”  An amount that high just invites dishonest people to abuse the system. It sounds to me, $250,000.00 would be a much more  appropriate liability limit.

Bill Keane;  Cartoonist of the Comic Strip “Family Circus” was a
Philadelphian and Patient of my Uncle Alex.  The Cartoon above
was inspired by a visit to his Dental Office.

← Health Insurance Coverage In Pennsylvania Available InsureDirect.com
Businesses in Massachusetts will Save on Workers Compensation Insurance →