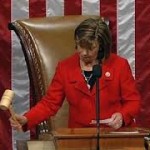 The House of Representatives passed the bill on Jan. 3.  This will be one of the first piece of legislation passed before the new congress is sworn in.  According to reports, there are Republican legislators who want to reduce the $60.4 billion supplemental aid. The Senate majority leader Sen. Harry Reid called upon the House to quickly act to approve the said Senate bill. Reid in a statement said that the bill will provide the additional resources needed to help Sandy’s victims. Victims throughout the northeast are furious about the their flood insurance claims not being paid.  We had numerous customers at the New Jersey Shore whom have been waiting for a check from the Flood Insurance Program since a week after the storm.

Representative Carolyn Maloney, a Democrat from New York which is one of the states that bore the most damage from Sandy.  She had been urging lawmakers for weeks to act on the bill quickly. Maloney believed that the approval of the aid should have never been postponed.  Of course this is just another example of the political gridlock in Washington and how our government no longer works for the american people. Lawmaker’s believed that if the Senate’s emergency funding bill was not be approved, the federal flood insurance program would only have been to cover around 10% of the claims generated by Sandy.