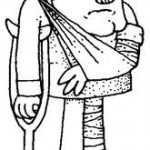 Post Date December 20, 2013 – There is no other individual or organization that deserves the number one spot for worst abomination Award than HealthCare.Gov Obamacare website for the Affordable Care Act. I just don’t understand why the government continues to insist they can do anything better than the Private Sector can.  Going back to 1776… END_OF_DOCUMENT_TOKEN_TO_BE_REPLACED

Post Date November 26, 2012 –  John Bencivengo, Mayor of Hamilton Township, New Jersey was convicted on November 22,  2012 in connection with nearly$13,000 in bribes that he solicited in exchange for his influence for a New Jersey Insurance Agent.  The bribe was in connection to the townships group health insurance contract  with the Hamilton… END_OF_DOCUMENT_TOKEN_TO_BE_REPLACED

Post Date July, 26 2012 –  A car insurance broker whom also marketed health insurance products from Baltimore, Maryland pleaded guilty recently to stealing more than $2 million from the Perth Amboy Board of Education and the City of Perth Amboy in New Jersey. Francis Gartland of Gartland and Co. along with his other two… END_OF_DOCUMENT_TOKEN_TO_BE_REPLACED

Post Date July 10, 2012 – Contrary to popular opinion, individual New Jersey Health Insurance Rates(IHIC)  in are decided solely by it’s NJ insurance companies. Of course is true for all auto insurance rates and homeowners insurance rates.  Its only the insurance company which knows how much it needs in premium to pay claims and stay… END_OF_DOCUMENT_TOKEN_TO_BE_REPLACED

Post Date July 1, 2012 –  Anyone whom follows my Blog read a few weeks ago read about the demise of a Health Insurance Carriers CEO over an extra marital affair with a fellow co-workers wife.  Highmark Inc., the largest health insurance company in Pennsylvania recently named Kenneth Melani’s successor as its new chief executive… END_OF_DOCUMENT_TOKEN_TO_BE_REPLACED

Post Date June 14, 2012 – After figuring out the husband of an employee to whom he alleged to having an affair with his wife, the chief executive officer of an established insurance company in Pennsylvania is now facing charges of defiant trespass and simple assault.  The insurance CEO identified as Kenneth Melani, 58 years old,… END_OF_DOCUMENT_TOKEN_TO_BE_REPLACED

Post Date June 10, 2012 – In order to further promote and circulate research materials on risk and insurance, University of Pennsylvania’s Wharton School recently establishes the new Wharton/Penn Risk and Insurance Program (WPRIP).  According to a university press release, WPRIP will promote the interdisciplinary study on the theoretical, empirical, domestic and global topics on the… END_OF_DOCUMENT_TOKEN_TO_BE_REPLACED