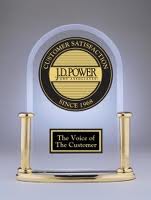 In their 2011 National Homeowners and Auto Insurance study, J.D. Power and Associates reported that customers are more satisfied with their home insurance providers this year compared to last year. Despite this major improvement, satisfaction of ones homeowners insurance, renters Insurance and car insurance companies was still below the study completed in the 2008-2009 study.

As the President and Managing agent of InsureDirect.com since 1992, I find this very interesting information. I feel there is major component missing from the study which is very important if you are looking to find

The study took into account five major variables which are price, claims, interaction, billing and payment, and policy features. On the whole, satisfaction in 2010 was at 750 points but improved to 769 points in 2011. The progress touched all the five factors but the biggest growth was on the interaction variable. I don’t see where having an agent was a variable. Bottom line, having an advocate which has your best interest at heart is very important when you have issues which cause concern.

In comparison to auto insurance customer satisfaction that reached an average of 790 points in 2011, homeowners’ insurance satisfaction is still way below par. This is according to another J.D. Power and Associates survey, the National Auto Insurance Study released in June, 2011. However, for both homeowners and auto insurance, satisfaction levels have increased since 2010. With Auto Insurance Rates on the decline, I can understand why customers would feel better about both their Homeowers Insurance and Auto Insurance.  Price seem to be an inportant factor.  You have a tendency to let small irratants go when the price you pay is lower.  Not only do customers at InsureDirect.com enjoy a lower rate from the carriers they represent, customer service, claims handling and billing are superior to other carriers in the business.

Jeremy Bowler, senior director at J.D. Power and Associates, expressed that 2011 has been an unexpectedly difficult year due to numerous natural disasters affecting the country which underscored the importance of owning adequate homeowners insurance coverage. If you are represented by an independent agent such as InsureDirect.com; these items are discussed in detail.  You don’t need to worry if you checked off the correct box when buying insurance coverage from a paper applications or mail in card or an online form.