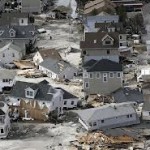 Post Date April 29, 2013 – Data gathered from the Pennsylvania Insurance Department, New Jersey Insurance Department, and New York Insurance Department  indicated nearly 95 % of the homeowners Insurance claims from Superstorm Sandy are now closed and resolved.  The data which is updated regularly collects information from all the major homeowners insurance carriers which holds most of the insurance market in areas affected by the storm.  An article in the Insurance Journal states most recent data will show us that there had already been 12000 of claims that are now closed. 303,826 of these claims have been closed with payments, while almost 72,000 were closed without payments. The number of claims consist 95% percent of all Homeowners Insurance claims filed in relation to Superstorm Sandy in PA, NJ and NY. It has been learned that the aftermath of Sandy in the said state had brought a total of over 15000 insurance claims.

Personal insurance refers to homeowners and auto insurance.  However, the data does not include insurance claims that concern the National Flood Insurance Program. Of the total number of claims, the report card also showed that there have been 4000 complaints filed against insurers.  Among the insurance companies that provide policies in PA, NJ and NY, Allstate  and State Farm holds the most number of claims and also the most number of closed claims. As per the April 12 data, Allstate had 150,000 of their claims closed with 2100 complaints. It was able to make payments for 140,000 claims. Insurer State Farm which recorded 150,000 closed claims had 700 complaints. On the other hand, Travelers Group was able to resolve 120,000 claims and had 1500 complaints.