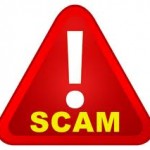 The scam is called phantom insurance. Any homeowners insurance carrier which has suffered enormous claims will seek to recover from it’s claim losses through raising it’s revenues.  They raise its revenues through increasing the coverage limits and amounts that their consumers will pay for.  The lawsuit also states other clients of the  insurance company have been paying extra for their Homeowners Insurance premiums but are not receiving any benefit from their coverage.  although a customer pays for $500,000 in coverage limits for his home, the insurance carrier will only pay for $240,000 if the house will be destroyed.
The claimant and his lawyer are researching if their case be refiled as a class action law suit with the belief that there are other Homeowners Insurance clients across the country may have been experiencing the same scam.  The biggest problem with the Phantom Premium Scan is, most clients are unaware that their homeowners insurance has increase as some of them use escrow accounts to pay for their coverage.