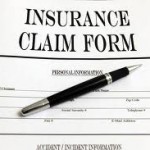 Post Date October 23, 2013 – Sending your kids to college can be an emotional time for any family. Most parents are absorbed with what things to prepare for and how to ensure their child’s protection and well-being while away from home. Having adequate auto insurance and homeowners insurance in place is one way to… END_OF_DOCUMENT_TOKEN_TO_BE_REPLACED

Post Date August 4, 2013 – Misconceptions about homeowners insurance or homeowners insurance questions and answers is common among  insurance consumers.  In this post, we will discuss some of these misconceptions that tend to confuse consumers and the Homeowners Insurance Questions and Answers.  According to the survey conducted by the Princeton Survey Research Associates International… END_OF_DOCUMENT_TOKEN_TO_BE_REPLACED

Post Date June 7, 2013 – New Jersey Homeowners devastated by Superstorm Sandy are now eligible for Grants to help rebuild and repair their homes. The state of New Jersey recently begun accepting grant applications for those New Jersey homeowners who were affected by the storm in 2012. The grants are intended to assist NJ homeowners… END_OF_DOCUMENT_TOKEN_TO_BE_REPLACED

Post Date May 25, 2013 –  Oklahoma Homeowners Insurance will pay more than two billion dollars in damages after a  tornado batters an Oklahoma suburb, killing more than 20 people.  The Oklahoma Department of Insurance stated the official preliminary estimated claims were based on assessments in the areas damaged by the tornado which touched down… END_OF_DOCUMENT_TOKEN_TO_BE_REPLACED