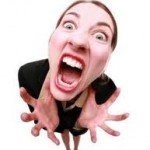 The number of insurance claims from Hurricane Sandy is very close to eclipsing the totals from both Hurricane Irene and Tropical Storm Lee. Based on what I have learned about statewide, this agent believes the insurance department complaints will certainly exceed those same events.  This is proof by the growing number of insurance claims filed as Hurricane Sandy has left New Jersey with a record amount of  property damage. Many of the complaints the NJDOBI received are from both telephone calls and those filed on the Departments Website.  Although many inquiries involve claims payment issues, other are as simple as whether hurricane deductibles apply and other storm-related questions. Most of the homeowners policies written in New Jersey have a separate wind deductible. The co-pay for this type of claim can be thousands of dollars.  Very few coastal policies are “All Peril”.  An All Peril Policy will pay a claim for most damage situations excluding flood. Further; a fixed deductible will apply. NJ Governor Christie signed an executive order to stop insurance companies from charging expensive hurricane deductibles on homeowners insurance.

Residents of Monmouth Beach have complained about the major insurance carriers in New Jersey.  They are highly annoyed with the response time on all their claims.  This is nothing the other coastal owners are experiencing.  The named insureds on these policies described the situation to be extremely stressful. It seems like no one cares.