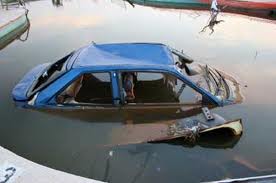 When you are involved in an auto accident or your home is damaged as a result of a storm or household accident, it’s important to immediately contact your auto insurance or homeowners insurance company to file a claim.  Once you have been assigned a claims number, an insurance adjuster is assigned and he or she will inspect your home or auto’s damage

and estimate the cost of repairing the damage. When a disaster happens where the resources of all the available insurance adjusters is exhausted, it has been difficult for companies to handle claims for thousands of  Auto Insurance and Homeowners Insurance Claimants.  The state of Indiana has addressed this serious issue. As the President of InsureDirect.com, we have auto insurance and homeowners insurance clients throughout the United States. I hope more states adopt the new law the State of Indiana has created for emergency situations.

The state of Indiana has created a new law that will give temporary emergency adjuster licenses to qualified people with the aim of adjusting claims for catastrophes. The law under the Indiana Code 27-1-28 was enacted by HEA 1486 (P.L. 11-2011) to administer licensing for independent adjusters. A temporary guidance for the law which took effect on July 1, 2011 was issued in a department bulletin that can be accessed at www.in.gov/idoi for the latest updates. The term catastrophe under this temporary emergency adjuster licensing is defined as an event declared by the commissioner as an emergency and one that has resulted in injuries, loss of lives, and extensive destruction of facilities meant to provide basic human requirements. It should also be an event that creates an urgent demand for state and local resources in response to its severity and must have the potential to create severe long-term effects on the state resident’s economic activities in both the public and the private sectors. The law further stipulates that for an event to be considered as a catastrophe requiring temporary emergency adjuster licensing, it must meet the approval of the Governor of Indiana as well as the President of the United States of America.

After the declaration of the catastrophe, the insurer is allowed to contract an unlicensed person who is qualified to adjust claims in the state of Indiana. This means that the insurer will have the capacity to obtain a license for the person contracted as a temporary emergency adjuster. Examples of qualified people an insurer may obtain a license for include persons licensed in other states other than Indiana and those who have worked as independent claim adjusters for not less than five years without a license probably because they were not required to have one in their resident states.

According to the new law, the temporary emergency adjuster license comes with a fee of $20. The adjuster is further required to submit an application for the license containing information about the adjuster’s personal details including his or her social security number, the effective date of the contract between the insurer and the person, name of the catastrophe event and its loss number, and any other information the Commissioner might consider necessary.