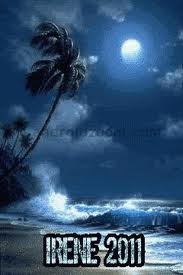 According to the Insurance Information Institute, state-run insurance providers may not have adequate financial ability to cover Hurricane Irene losses. However, private insurers have sufficient resources to pay claims attributed to the storm.  State run insurers stand to suffer due to several factors; including their operations in the residual market where they offer premium rates that often do not reflect the actual costs of risks coverage and often work without much surplus even in the case of small scale catastrophes.

Carriers offering coverage for auto, homeowners and businesses saved $564 billion in surplus during the first quarter of the year, but the policyholders’ surplus is expected to reduce in the second quarter. Unfortunately, due to the increased number of natural disasters, which included the April to June tornadoes, insurance carriers are expected to pay for claims amounting to an estimated $15 billion.

Private insurers have also been affected as its major revenue source, the equity markets, have experienced great turmoil in the first quarter of the year and in turn decreased the amount of surplus available for their use. The good news, is that even with the decrease in surplus, the private run insurers still has over half trillion in its surplus. State run insurers have nowhere near this amount and therefore their ability to support disaster claims is greatly impaired.

The Wall Street Journal reported that state-run carriers had increased in exposure since 2005, covering almost $760 billion in property since Hurricane Katrina hit the East Coast. Most of these insurers offer last resort plans and have a surplus of $775 billion for the Hurricane Irene catastrophe.

As at the end of August 2011, the Hurricane Irene damage estimates have been set at about $10 billion in wind, flood and other storm related damages. This news comes in the light of even more disasters such as fires and flooding in various parts of the US.