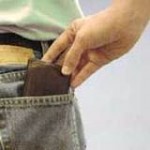 Post Date September 18, 2012 – I don’t understand theft! People who steal are scum in my opinion.  That may be a little harsh, but it’s true.  If there are two acts I can’t stand most of all, it’s stealing and lying.  When they are perpetrated by those in any business, it’s makes me very angry.  A Local Insurance Agent in New York was charged with larceny and scheme to defraud after he allegedly stole nearly $650,000 in auto insurance payments from his customers.

The bottom line is; the insurance payments stolen to pay for Koch’s Car’s, Trips and goodies did not get remitted to the insurance companies they we intended.  This means the customer whom were under the impression the were insured for the premiums they paid for – the coverage was null and void.  Any claims which were incurred during the time the customer’s policy was cancelled would become the responsibility of the local insurance agent.  Considering Koch is accused with stealing the missing insurance payments, the agencies Errors & omissions Insurance Policy will refuse to compensate any customers for losses they may suffer.  Anyone whom intentionally steals funds which don’t belong to them is an overt act and not an error or omission.