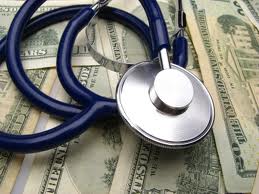 Although InsureDirect.com primarily focuses it’s marketing efforts on Online/Direct Car Insurance, Commercial Auto Insurance and Homeowners/Renters Insurance Products; as it’s company’s President and Managing Agent, I feel it’s vital I discuss topics which would be of interest to a broader base of insurance buyers.  This article is a perfect example of this.

In the latest updates released by the National Association of Insurance Commissioners, the  NAIC urged the U.S. Office of Personnel Management (OPM) to avoid the loophole giving chances to some nation’s largest insurance companies a regulatory advantage over smaller industry player or competitors. The NAIC further expressed concerns about possible potential consumer implications of the new Multi – State Plans offered through the insurance Exchanges if held to different type of standards.

Beginning in 2014, OPM is charged with contracting with at least two health plans to be automatically sold on every state’s Exchange as “Multi – State Plans.”  It is very clear that the law clearly intend to have these plans operates on a standard level playing field  where language within the law could allow two sets of rules to cater to large Multi – State plans and to everyone else. However, NAIC is concerned with the provision’s identity that it may unintentionally upset state insurance markets that will take away consumer protections.

In a letter to OPM signed by NAIC President and Iowa Insurance Commissioner Susan Voss stating “Authorities must take every single serious concern about the potential for market disruption and unfavorable selection that would result negative impact on most consumers and health insurance markets which would arise if Multi – State Plans are allowed to operate under different rules than their competitors.” The letter was co – signed by NAIC President – Elect, Vice President and the Secretary – Treasurer.

All of the concerns raised by the NAIC are in response to OPM’s request for certain details about the guidelines being develop for Multi – State Plans. The remarks/comments provides further details of potential market disruption on Multi – State Plans to cater exemption on the rules governing other plans offered through an Exchange or the over-all insurance market as a whole.

They noted that separate rules could threaten plan solvency which may lead to market segmentation, consumer confusion and a loss of consumer protections. Thus, NAIC urged OPM to require Multi – State plans to meet all state laws and regulatory requirements to avoid uncertainties over it. Also, the comments being submitted will explain about the second provisions of the rules on the intentions attached in ensuring a level playing field, that could in contradiction overturned state consumer protection laws if Multi – State plans are being exempt from state regulations. Example if there are plans existing plans in Pennsylvania, New Jersey, Delaware, Maryland, Ohio, Virginia or any of the other 44 states in the United States, they are exempted.

Furthermore, the Congress intended for Multi – State plans to adhere on applicable  regulations as the law is written, if OPM want to exempts a plan from applicable state regulations and by extending it will also exempts all other plans both in and out of an Exchange from those same regulations, thus leaving a regulatory vacuüm.

Keep in mind InsureDirect.com represents all 30 major carriers auto and homeowners insurance carriers in the United States.  Regardless if you have a perfect, preferred driving record or if you have accidents, tickets, violation even a DUI/DWI, my agents can help you with one 10 minute call.