You are also required to carry at least $5,000 coverage for property damage liability total.

Due to that fact, we urge you to check out getting more coverage than the bare minimum when buying Massachusetts auto insurance. 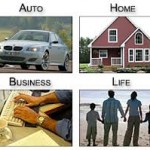 Friday’s Post 12.16.11 –  The Massachusetts Division of Insurance recently announced that one of the states direct auto insurance writers and one of the nations largest companies had agreed to settle a fine of $125,000 plus other penalties, for wrongly informing some of its clients that it had used their credit information to calculate monthly premiums for car insurance.… END_OF_DOCUMENT_TOKEN_TO_BE_REPLACED

Tuesday’s Post 11.6.11 –  Auto Insurance Companies must function under a new law which will no longer consider a customer’s credit history when setting car insurance rates in Massachusetts.  This is great news for insurance consumers, especially in face of the current economic times. The move is also timely since the holiday season is upon us and customers… END_OF_DOCUMENT_TOKEN_TO_BE_REPLACED

On Tuesday August 30, 2011,  a strong earthquake rattled the East Coast of the US starting in the State of Virginia. The earthquake was so strong that it could be felt as far as Pennsylvania and inside the corporate offices of InsureDirect.com in Lansdale, PA which is 35 miles northeast of Philadelphia and all the way to Canada. The… END_OF_DOCUMENT_TOKEN_TO_BE_REPLACED

Visit www.insuredirect.com or call Toll-Free (800) 807-0762 to receive an Auto Insurance Quote for you and your family. END_OF_DOCUMENT_TOKEN_TO_BE_REPLACED