Due to that fact, we urge you to check out getting more coverage than the bare minimum when buying Minnesota auto insurance. 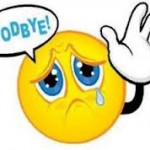 Post Date October 30, 2013 – A driver in Minnesota is facing the possibility of not being able to hit the road again as his license and auto insurance was cancelled not due to constant over speeding nor for maniac-driving behavior, but because of always getting cited for slow driving.

Gary Constans, a resident of Lester Prairie Minnesota has been losing his court battles to keep his driver’s license.  Just recently, the state’s Court of Appeals had decided not to return Contans’ driver’s license who had earlier lost it for slow driving over and over again on the Minnesota State Streets and Highways.  Now 59 years old and a retired postal worker, Constans does not understand why authorities and his auto insurance company in Minnesota are having a problem with the way he drives. Constans said that he does not drink nor smoke while driving, and he is driving slow so as to save on fuel and also to avoid hitting animals. By the speed his going, Constans said believes that he will have enough time to hit for the brakes should an animal would cross his path therefore would avoid accidents.

Before losing his driver’s license and his auto insurance was cancelled, Constans had received nine warnings with regards to his slow driving. A report from a local newspaper said that in one of those warnings, the police caught Constans driving in a speed of 30-45 mph on a highway that has a 55mph speed limit.  Not ruling favorably to Constans, the Minnesota Court of Appeals said that the driver have disregarded the state’s traffic laws and by that his driving behavior had poses a  greater dangerous driving conditions for others using the same streets and highways.  The court said in its decision that to uphold the revocation of Constans’ license, the decision of the Minnesota Department of Public Safety commissioner to revoke his license was not arbitrary or unreasonable.

Post Date September 10, 2012 –As Cell and Smartphone technology becomes more and more useful for both business and family use; it’s quite possible a Smartphone will become more important than family car. Smartphones do a number of amazing things beside making telephone calls.   The list is long and growing.  Your smartphone is an… END_OF_DOCUMENT_TOKEN_TO_BE_REPLACED

Friday’s Post 12/9/11 – Minnesota Auto/Home Insurance Companies were forced to pay out nearly $65 million in claims this year. The claims already filled are about 80% percent of what is expected. The department of insurance has announced that about 1000 claims totaling to $8.7 are still underway and will be paid in the near future. These claims have… END_OF_DOCUMENT_TOKEN_TO_BE_REPLACED

Visit www.insuredirect.com or call Toll-Free (800) 807-0762 to receive an Auto Insurance Quote for you and your family. END_OF_DOCUMENT_TOKEN_TO_BE_REPLACED