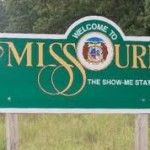 Post Date February 1, 2013 – In excess of $1o million dollars were paid to Missouri Auto Insurance customers who filed for additional claim payments before the Department of Insurance – Insurance Consumer Affairs Division, against their insurers last year. Complaints among those whom purchase Missouri auto insurance have the second-highest number of complaints in the State Insurance industry next to health insurance products.  This is being followed by Missouri Homeowners Policies. The number of complaints regarding  Missouri auto insurance complaints total over 800; health insurance, near 1200 while Missouri homeowners are a tad over 700 complaints.

One of the notable accomplishments of the department last year for Missouri auto insurance is the assistance it had extended to a Franklin county resident who had claims issues with his auto insurer. The man sought the department’s help in resolving the issue he had with his vehicle’s extended service contract provider. Accordingly, the consumer was not able to have his car for five months after taking it in for repair as the engine was smoking. With the insurance department’s assistance, the said consumer’s insurance company agreed to pay an additional $3,000 to cover for his vehicle repair.

To protect Missouri Auto Insurance customers,  the department performs market conduct exams and investigations to ensure that Missouri auto insurance companies comply with state law in handling the consumers. These investigations also cover the rates being charged by insurers to customers and the way they handled claims. Enforcement actions of the insurance department last year were able to collect around $5.1 million in fines from different insurance companies.