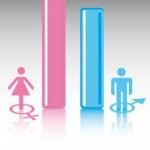 Post Date April 1, 2013 – For the first time in history, there are more women drivers than ever in the past.  Women drivers have now surpassed the number of men drivers in the United States. A recent study which covered a 15 years period showed there are now more women who have United States Driver’s Licenses compared to men.  Based on the information contained in the study,  it would be reasonable t0 say more car insurance is now devoted to women.  Although the study was prepared covering gender trends on driver’s licenses from the year 1995 to 2010,  it could as well have been a study was prepared to compare more low cost car insurance sold to women than men.

The report showed a reversal of the more than century-old truth which proved men ruled the roads since the introduction of the automobile.  Even 50 years later, women still need to cope with the fact they were still far behind their male counterparts when it came to driving and car insurance trends.  Although in the past more high risk car insurance was sold to men, today more car insurance policies are sold to women drivers than ever before. Little did anyone realize,  the gap between men and women who have driver’s licenses and whom bought more  car insurance was gradually closing by 1995.  The men only slightly outnumbered the women, 89.2 million to 87.4 million. But in 2010, there were only 104.3 million men who have driver’s licenses compared to women who already numbered 105.7 million.

By 2010, women drivers already outnumbered men from 25-29 years old, and the 45 years old and older. There is more discount car insurance sold to older women compared to older men.  Though there are more boys being born today in the United States, women outnumbers the men as the former have been living longer. Women live an average of 80 years while men just live for about 75 years.