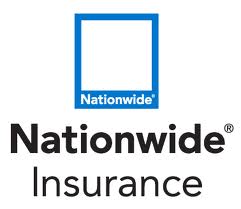 According to the newly released ranking of one hundred sixty seven companies by the state’s department, Insurer Nationwide Auto and Homeowners Insurance Company ranks one in list of least-complained in New York’s ten billion dollars auto insurance market when it comes to personal auto insurance. Among others, Nationwide Insurance  was the largest of the fifty one insurers that did not have any single complaint upheld by regulators.

The rankings was constructed from 2008 and 2009 data of number of consumer complaints supported by the state regulators upheld against insurers which is relative to  the volume of the insurers’ businesses.

The Long Island Insurance Company ranks last and is considered the worst among all insurance companies marking one million dollar or more in premiums based on the number of consumer complaints upheld against auto insurers.  The Long Island Insurance Company hits the 165th spot on the overall list and last among insurers. The company had two hundred sixty five complaints upheld against.

The said ranking will also become a basis of credibility rating of the insurance companies in every state. You might as well pick those companies who have fewer complaints from consumers.  InsureDirect.com, with almost 20 years in service, is happy to say that we are one reliable insurance broker you can fully trust!