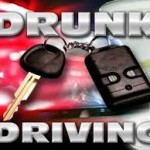 The New Jersey drunk driver accident perpetrator whom was identified as Eric Pereira, 22, of Jackson, NJ.  In a statement released by Monmouth County Prosecutor must at least serve nearly 6 years of  the 7 year sentence before he can be eligible or apply for parole. On the information gathered by the Prosecutors office, The man who caused the New Jersey drunk driver accident on April 2, 2011,  was on his way home after working  a wedding in Bergen County. Driving at around 90 mph on the New Jersey Parkway near Aberdeen, he swerved into the right lane  hitting a minivan from behind. Kevin Donnelly, 43, a father five, of Middletown, New Jersey, was driving the minivan that upon impact, went out of control and traveled across three lanes before hitting the cement divider and flipped into the opposite express lanes. Donnelly died at the scene due to his injuries. The police investigation revealed that Pereira whom was charged with the New Jersey Drunk Driving Accident was driving with a blood alcohol level twice the legal limit.