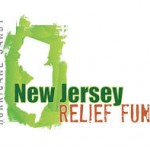 Post Date June 7, 2013 – New Jersey Homeowners devastated by Superstorm Sandy are now eligible for Grants to help rebuild and repair their homes. The state of New Jersey recently begun accepting grant applications for those New Jersey homeowners who were affected by the storm in 2012. The grants are intended to assist NJ homeowners in rebuilding their homes which found themselves without flood insurance. Funds available for these grants is only a chunk of the nearly $2 billion dollars in federal aid sent to New Jersey to assist it in dealing with the damages that were not paid for by insurance payouts or other state programs. This federal disaster aid that was approved by  Congress amounts to $60 billion dollars.  The amount available to New Jersey Homeowners will be  nearly 6 billion dollars.

NJ Governor Chris Christie announced that New Jersey Homeowners eligible for the grants will not receive direct payments from the state.  All payments will be directed to the building contractor whom will be doing the work.  Further; eligible payments are only for those repair and rebuilding costs implemented by approved firms. All eligible New Jersey Homeowners can apply for a grant.  The maximum amount per NJ Homeowner $150,000. The amount will cover expenses for rebuilding or raising a primary home to the 1978 minimum height outlined in the national flood policy underwriting requirements.

The grant applications began  the last week of May.  The New Jersey agency responsible for the application process is the Department of Community Affairs (DCA).   Grants will not be on the “first-come, first-served” basis but will be authorized by need.  Low and moderate income New Jersey homeowners whose homes had substantial damage due to the October storm will come first. A DCA spokesperson said that the grant applications which will be received on or before June 30 will then be randomly process and assess base on factors such as income, level of damage, and areas of highest impact.