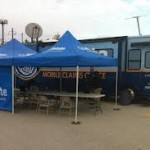 Next to New Jersey, Allstate had insurance losses amounting to around $250 million in the State of New York. Their losses are being shared by other states that were affected by the hurricane that made landfall  in late October. The states of New York and New Jersey which were greatly hit by the hurricane-turned-superstorm registered almost $100-billion of damages both the public and private properties.  As for home and auto insurance claims, Allstate reported that as of November 26, they have already processed and paid for around $340 million in New Jersey Insurance claims.

The said storm is being expected by experts to be the second-costliest disaster to hit the United States. Sandy will only be behind Hurricane Katrina that struck seven years ago. Insurance industry experts forecast that the insured losses for Sandy will be as much as $25 billion. Said insured losses estimate does not cover the claims that will be paid for by the federal flood insurance program. The amount of disaster loss that the said insurance company is facing right now is almost the same in magnitude as to what it experienced from a series of tornadoes in April last year, that brought to the company around $1.4 billion in disaster losses.