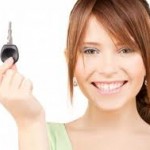 Post Date December 28, 2013 – Researchers at Children Hospital of Philadelphia released a study showing that Kyleigh’s Law which requires a New Jersey Young Driver Decal to be placed on their licensed plate identifying them as a youthful operator.  The New Jersey Young Drivers Decal has prevented approximately 1,600 automobile crashes and hundreds of lives.

The study conducted by Doctors and medical researcher at Children’s Hospital of Philadelphia was published in the American Journal of Preventative Medicine.  The study showed a 10% decrease in crashes among teenage drivers in The Garden State. It is important to note that with the New Jersey Young Driver Decal law’ implementation, the number of tickets written to youthful operators increased to  nearly 15 percent.

Kyleigh’s Law which took effect over three years ago on May 1, 2010. The law was named after Kyleigh D’Alessio, a teenage girl who died  when another teen was driving at a very early hour of the morning. This law requires young drivers, under the age of 21 who maintain a probationary driver license.  The law required the youthful operator purchase a New Jersey Young Driver Decal with a pair of red-reflectorized decals. These decals shall be put on the top left corner of each front and rear license plates of their vehicles. The decals will alert the police a young driver is behind the wheel and special rules need enforcing and restrictions for these NJ young drivers need to be obeyed.

According to the director at the Center for Injury Research and Prevention of CHOP, car crashes has been the number one health issue among youthful operators. The New Jersey Young Driver Decal has increased the effectiveness of NJ’s Graduated Driving Licensing (GDL) Law.  This tiny little sticker will prevent 1,600 deaths in 2014.