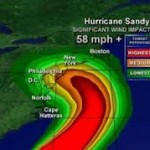 Post Date  January 14, 2013 – That financial damage incurred from Superstorm Sandy will cost the state of New York about $33 Billion. With a budget of $132 billion a year, New York Insurance damage losses of 33 Billion dollars will most likely bankrupt the state if the federal government does not chip in. The tragic event on late October had put the state of New York in a very difficult financial situation as before the superstorm hit, New York was already missing its tax revenue projections and was running on a deficit. The budget deficit according to New York’s Governer might be at $1 billion and is likely to grow because of the losses from Sandy. With the deficit, the state governor is counting on a commitment given by Obama’s administration which had earlier declared to shoulder the 100 percent reimbursement for some public rebuilding costs.

New York Insurance may save state from bankruptcy

On the other hand, New York Assembly Speaker Sheldon Silver said that the state is definitely to suffer the devastating effects of the superstorm. Another elected state official, Senate Majority Leader Dean Skelos, said that the federal government should do more in aiding the state. The states of New York and New Jersey are the ones greatly affected when Sandy made land. Many infrastructures including homes were destroyed, there were no power for days, and many have lost their businesses. In rebuilding New York after Sandy’s aftermath, it’s vital the state reaches out to New York Insurance companies to help in the recovery efforts. The state needs to implement a massive improvement on their fuel and power networks in the metropolitan area. The governor said that the metropolitan area has a fuel system that can only contain around two to three days of supply which can be disrupted by a power outage.