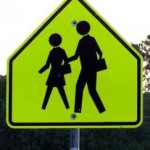 Post Date August 18, 2012 –  Sadly passing away from her serious injuries after a car accident, an 83-year old North Brunswick, New Jersey woman who was in the process of crossing a  cross-street was struck by a pick-up truck at Nassau Street and Remsen Avenue, July 15, 2012.  Based on the accident report, the driver was not ticketed and his NJ Auto Insurance Rates will not increase.

Capt. Roger Reinson of North Brunswick Police Department stated that the fatal accident happened around 7:47PM  as the elderly woman whose name is being withheld until her next of kin are located and notified was crossing on Nassau Street.  The police captain said that Oscar Barbahoa-Turcios, also of North Brunswick, NJ whom was driving his Toyota pick-up struck the women.  The Driver was stopped at  the traffic light on Remsen Avenue.  He then turned left to Nassau when the light turned green. The women stepped off the curb at the same time the truck turned left   Accidentally the vehicle hit the woman crossing the street.  The woman was immediately taken to the Robert Wood Johnson University Hospital where she later pronounced dead from her injuries. The elderly woman was reported to be taking a walk with a friend. Witnesses indicated the driver was not driving recklessly.  After a full investigation of the scene and accident report; no summonses have been issued or charges been brought against the driver of the pick-up truck.  It’s being considered a not at fault accident which will result in no increase in the drivers NJ Auto Insurance Rates.