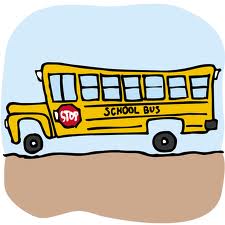 Post Date July 27, 2012 – Brick, New Jersey Driver should see his NJ car insurance rates increase after his At Fault Accident. Six children and one adult were reportedly injured after his car collided into a school bus full of children at the intersection of Olden Street and Route 88 in Brick, New Jersey.  The accident occurred om  July 10, 2012.

According to Sgt. David Bedrosian of the Brick Police Traffic Safety Unit in Brick Township New Jersey the accident was caused by the car’s driver, Craig W. VanBaulen, also of  Brick, New Jersey.  New Jersey Police authorities disclosed that Mr, VanBaulen may have been suffering from an unknown medical condition.  It’s possible the medical condition caused a temporary episode causing the driver to lose control of his car.   The police reported that the bus which was transporting 21 children from a Sayreville gymnastics school to Adventures Jersey Shore on Princeton Avenue.  The school bus was stopping at a red light when it was hit a by the at fault driver’s 2012 Toyota Camry.  Sgt Bedrosian reported that VanBaulen was in the process of making a right turn towards Route 88 West from Olden but failed to stay in his lane. He drifted out of his assigned lane and hit the School bus head-on.  VanBaulen, together with the six injured children, were  all rushed to Ocean Medical Center for immediate medical treatment. The car’s driver was treated for both stomach and head injuries. The cause of the said collision is still being investigated further by the Brick Police Department.

It’s important to note; regardless if you have a car accident which is caused by a medical condition – it is still considered an At Fault Accident.  When you are involved in an at fault accident in New Jersey; you should fully expect you NJ car insurance rates to increase. The New Jersey rules of the road clearly state, you must maintain control of your car at all times. If you lose control of your car and cause damage to either yours or others personal property should expect an increase in their NJ car insurance rates.