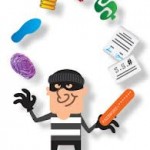 Post Date January 7, 2013 – New Jersey Attorney General announced a former manager from a New Jersey insurance brokerage Manger pleaded guilty to stealing millions of dollars from the NJ Insurance Insurance Agency he worked for.  The former NJ Insurance manager identified as Kelly L. Roetto admitted to nearly 4 million in customers insurance payments.  The NJ Attorney General found Roetto stole the customers insurance payments while working as the insurance agencies controller.  Roetto face charges of corporate misconduct, issuing bad checks, and theft.  According to Attorney General,  Roetta had used her position of trust in the NJ Insurance Agency to divert millions of dollar. She was in-charge in facilitating financing for her company’s clients as well moving borrowed funds to insurance carries.

For two years between 2008 and 2010, Roetto diverted millions of dollars in NJ Insurance payments to insurers. She was also accused of submitting unauthorized financing request for clients that have not existed. More over, Roetto is also being accused of writing bad checks in the name of her company amounting to $2 million. The bouncing checks were made for insurance premium payments and for return of premium financing. Pleading guilty less than a month ago in Superior Court,  Roetto is being recommended by state prosecutors to be sentenced up to nine years imprisonment. The prosecutors have also recommended that she shall be banned from ever having a New Jersey insurance license.   In December 2010, Roetto and her insurance brokerage firm were also alleged to have misrepresented insureds that they have insurance coverage when actually it has already been cancelled due to nonpayment of premiums.  According to Ronald Chillemi, acting insurance fraud prosecutor in New Jersey, such crimes needs vigorous prosecution and shall be dealt with serious consequences.