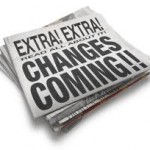 Among the top North Carolina Auto Insurance carriers which support killing if the bill are State Farm, Geico and Progressive, and among others. One Insurance lobbyist  argued that the proposal will put balance on the true cost of covering the around 7 million insured  cars & trucks in North Carolina, and will lower the insurance cost of around 85 percent of the state drivers. Those who have shown strong opposition to the bill are insurers N.C. Farm Bureau, AAA North Carolina,  and the state’s current largest car insurance carrier, Nationwide. Insurance Company.