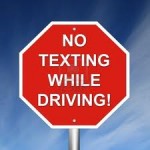 Post Date March 2, 2012 – With only two dissenting members, the Oregon Senate pushed forward new laws  last month which were originally proposed by the Senate’s  President proposing much more rigid penalties against drivers who are caught using there cellphones while driving a car  in the state of Oregon. Of course these new laws would involve law enforcement to issue a ticket which will cause an increase in the violators Oregon Car Insurance. The bill proposes to consider the act of using mobile phones while driving to be a more serious crime by increasing the fines set from the current $250 to $1,000. Since the infraction is so serious, your Oregon car insurance will increase dramatically.

The Oregon Legislature  wants to treat Texting while driving  the same as a DUI. Of course a DUI will cause your Oregon car insurance payments to increase.  Most interesting  studies shows distracted driving, such as using your cell phone or texting can be more dangerous than drunk driving.  With that said it is appropriate the new proposed fines increase is closer to the penalties for drunk driving than running a stop sign.  Currently, Oregon has a legislation that took effect January 2010 prohibiting drivers from texting in a car under any circumstances.  The same is true for accepting a cell phone call on their cellphones while they are driving.  However, Oregon motorists are permitted to use hand-free accessories to take calls without any fear of there Oregon car insurance being effected.

From 2010 to 2012, Oregon law enforcement have already issued nearly 4,600 tickets for distracted driving which have increase the drivers Oregon car insurance. However, the number of citations issued on 2012 compared to that of 2010 has.  Further the cost of the penalties have been much tougher.   In 2010, there were only 1,012 citations issued while 2012 had 2,151 citations.  The increase in you Oregon car insurance should be a deterrent as well.