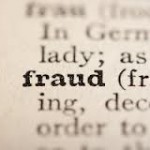 POST DATE October 22, 2012 – Once again I present a very silly story.  A story of PA auto insurance fraud charges being brought against PA auto insurance customer. Why Silly? Anytime you attempt PA Auto Insurance Fraud, it’s silly!  Pennsylvania Law Enforcement have filed charges against a woman who was reported to have perpetrated Pa auto insurance fraud after an auto. The Pennsylvania Attorney General’s Office  filed charges against a women on Friday, October 19, 2012. Regina Whitehead a Philadelphia whom maintained a PA auto Insurance Policy was arrested that on the same day the PA Auto Insurance Fraud Charges were brought – although the accident occurred in 2011.  Even sillier,  she perpetrated the crime while riding the ambulance while on the way to the hospital immediately after accident.

Currently, the Whitehead is being charged with PA auto insurance fraud and criminal attempt to commit theft by deception. She has already undergone preliminary arraignment in Bensalem Magisterial District.  Whitehead has been released on a $10,000 bail. Whitehead’s case will be prosecuted by Senior Deputy Attorney Robert LaBar of the Attorney General’s Insurance Fraud Section.