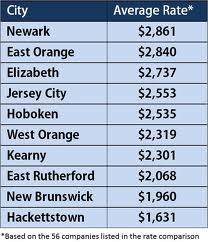 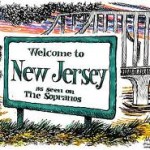 Governor Chris Christie presented the changes in a proposal released last month August 1, 2011 The changes in the proposal would require New Jersey car insurance companies to reduce overall costs and lower the legal fees via an internal system. The changes also require car insurance providers to use arbitration when settling  Bodily Injury Claims. In addition to these conditions, about 3000 new medical treatment codes will be included in the new proposed PIP Auto Insurance Regulations.

Currently, New Jersey auto insurance carriers put out $1.23 for every dollar in benefits for premiums collected for PIP. It’s impossible for the auto insurance carriers to make a profit.  At the same time, PIP coverage accounts for 97% of all requests for rate increases from insurance carriers, making the proposed changes crucial for local policy holders. Including a arbitration panel will cut down on the amount of law suits which are the primary driver of increased claims costs in the state

The New Jersey Department of Banking and Insurance supports the changes, particularly the proposed medical fee schedule rules. The changes to the New Jersey medical fee schedules are designed to lower the cost of automobile Insurance personal injury protection coverage by capping the amount of medical claims paid by insurance carriers on behalf of the people of New Jersey. It will also reduce the costs of motor bus medical claim coverage for individuals injured in automobile or bus accidents in the state.

Former New Jersey Governor James McGreevey signed bills to deregulate the state’s auto insurance system between 2005 and 2008. However, PIP coverage was not included in his changes, which resulted in the increased PIP rates starting in 2009. In 1998, InsureDirect.com entered the state of New Jersey marketing as Combined Insurance Group, Ltd.  At the time, it was very difficult to provide new products to drivers of New Jersey.  No new car insurance carriers wanted to enter the NJ marketplace because it was imposible to make a profit.  Over the last five years, the atmosohere in the NJ Auto insurance marketplace has changed for the better.  InsureDirect.com has been one of the very few agents making a difference by representing new auto insurance carriers which are saving as much as 65% off the car insurance premiums their PAIP Customers were previously forking out on a monthly basis.

Due to this, the average personal injury insurance claim in NJ is about $16,400, according to the Property Casualty Insurer Association of America, PCIAA. This shows a worrying 65% increase in the last ten years, compared to the 36 percent average increase in other regions with similar personal injury protection coverage systems.