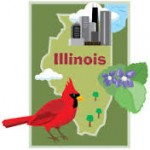 Post Date August 9, 2013 – The House of Representative has just approved a bill to increase the state  minimum car insurance in Illinois .  Presently, the state minimum car insurance in Illinois stands at a $55,000 total for a single accident. This amount is being broken down in sections. $20,000 liability coverage for bodily injury for one person in an accident, $40,000 bodily injury liability to all persons injured in an accident, and $15,000 liability coverage for property damages.

The proposal for State Minimum Car Insurance In Illinois  was presented by Senator Daniel Bliss earlier in 2013, will amend the state Vehicle Code in order to increase the mandatory minimum coverage. Upon going through the legislative process, lawmakers agreed to increase the State Minimum Car Insurance In Illinois to the following:

SB 1898 was approved by the Illinois Senate on May 1 with 45-9 votes. On May 26, the bill was then approved by the House but with slight disapproval from other law makers. The law is now on it’s way to Illinois governor Pat Quinn for the final approval. If the State Minimum Car Insurance In Illinois bill is signed into law, it will be implemented on January 1, 2015. The State Minimum Car Insurance In Illinois will affect Illinois auto insurance policies to be issued or renewed on the aforementioned date.

Illinois is not alone among the states that sought increase on their minimum coverage. In Ohio, legislative efforts are being made to double-up the current required Ohio auto insurance. On the other hand, the state of West Virginia also attempted to increase their auto insurance minimums through SB 443. But since the bill was introduced and assigned to the Judiciary Committee of its Senate, it has not seen any progress.