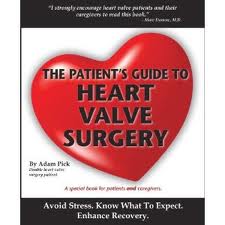 The Journal of the American College of Surgeons reported in 2011 issue that health insurance policies held by patients determines the results of cardiac valve surgery.  The journal states that  the type of health insurance policy held by patients should be  taken into account when carrying out risk assessment before  performing Cardiac Valve Procedure  on Patients. According to the publishers, Cardiac Valve Procedure Patients with private insurance coverage are less affected by risk adjusted and unadjusted results compared to those medical patients on Medicaid, a state supported health-care reimbursement or even those without insurance at all.

The researchers sampled a total of near 500,000 cardiac valve surgery patients over a period of 72 months. They used patient discharge data stored by the Nationwide Inpatient Sample heath insurance database. They classified the study subjects into different groups ensuring that patients in each group had a blend of different risk factors from income and demographics as well as risk adjustment unique to each of the patient’s payer status.

The journal also highlighted that Medicaid patients incurred the highest medical expenses besides staying in the hospital for the longest periods. The report further revealed that risks related to post-surgery operations and adjusted in-hospital death rates increase independently among the uninsured and those on Medicaid. Statistics have shown those people without private health insurance coverage take less care of their health.  Their diet is poor, smoke cigarette and do not seek regular medical attention. According to earlier research reports, medical admissions reported patients with private medical insurance showing better outcomes than those on Medicaid and the uninsured. Although researchers have studied the status of patient insurance as a pointer to an illness including how payer status determines the handling of medical operation, research documents, including the nation wide database, have not yet sufficiently evaluated how payer status affects cardiac valve surgery patients.

Damien J. LaPar, the head of Journal of the American College of Surgeons researchers, reported that preoperative patient risk assessment should treat the status of the primary payer indendepently from other risk factors. He says their report points out economic, social and health system issues that can be helpful in improving post-operation patient results.

Payer status emerged a considerable pointer to death rates. Compared with private health insurance, the other insurance status significantly increased in-hospital death rates. The uninsured patients had the highest likelihood of in-hospital mortality at 100 percent followed by Medicaid patients at 70 % and those on Medicare registered the least with 36 %. Analysis of morbidity rate on patients who have undergone an operation also pointed out that  Medicare, Medicaid and uninsured status  are significant determinants to morbidity.